A story from our recent newsletter on Dog Attack got a lot of readers’ responses and comments.

In reply to these comments, Vladimir would like to share with you a couple of examples on a different way of interacting with animals, not just domestic, but wild animals as well.

A much loved Russian Saint Seraphim of Sarov, hieromonk of the 18th century ventured to live in a small cabin in the forest by himself and was frequently visited by wild animals.

One day two nuns from a convent came to visit him. Suddenly, a bear ran out of the woods and frightened the two guests. “Misha (in Russian language Misha is a diminutive form of saying the Bear),” – said Father Seraphim, - “why do you frighten the poor orphans! Go back and bring us a treat, otherwise I have nothing to offer to my guests.” The bear then proceeded to go back into the woods. He reemerged two hours later into the holy elder’s cell giving him a fresh honeycomb of the purest honey. Father Seraphim took a piece of bread from his bag, gave it to the bear, pointed to the door – and the bear left immediately.

The holy elder was seen many times feeding animals as great and powerful as bears from his hands.

In the 5th century, Saint Gerasimus of the Jordan lived as a hermit in the solitary stillness of the open desert. One day a large lion came with a thorn in its paw, which Saint Gerasimus removed for him. On his own free will, the lion stayed to live with Gerasimus and became his faithful servant and a guard to St. Gerasimus’ little donkey.

When the holy hermit passed away, the faithful lion lay down on the saint’s grave, closed his eyes and died as well.

There are many examples of such miracles in the lives of those who did not oppose the animals. They loved not only the Creator, but also all of His creatures.

May the Christmas spirit of peace, forgiveness and love be with all of us.
Kindest wishes of health and happiness to everyone!

If you usually wear a cross, here is an ideal option for training.

This genuine leather cross is handmade with a clear image of the Crucifix.
Just under 1.5 inches (under 4 cm) in height and comes with a thin leather string of 24 inches that you can tie and adjust.

Vladimir chose these crosses during his pilgrimage to the Iviron Monastery of Mount Athos, Greece.

Most of the proceeds will be donated to the Christian Orthodox Church. 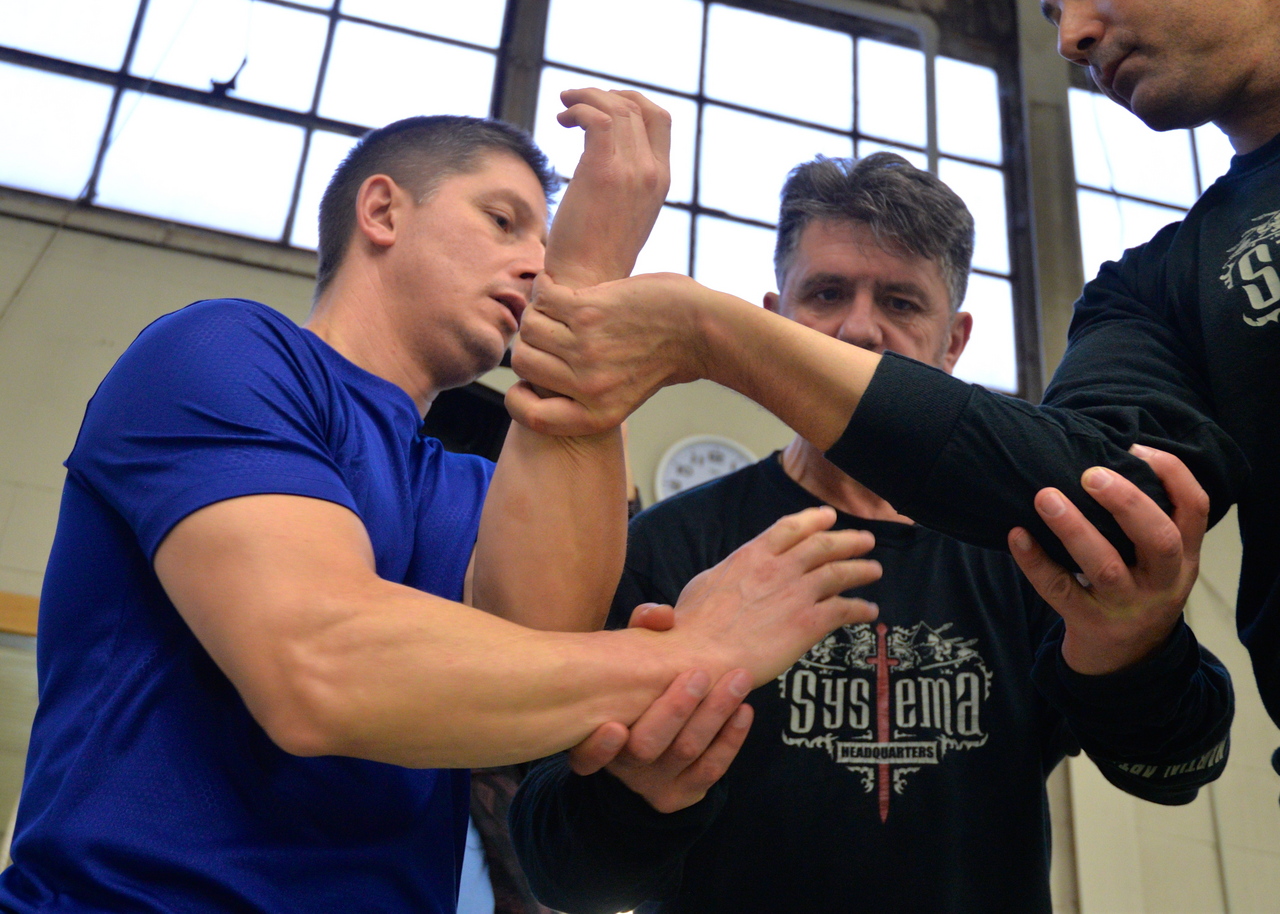